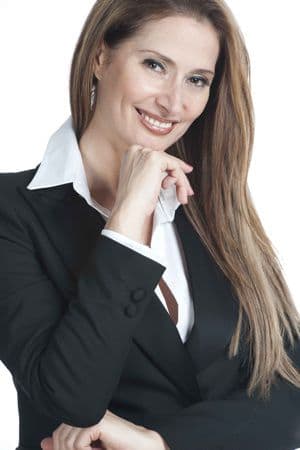 Liinda Grandia has been a full-time Senior Sales Manager for diverse international clothing brands until she decided to start her own company G&G Exchange BV. Her background in the fashion industry includes major International fashion brands in Europe. Linda’s experiences are diverse and include other industries, working with mayor brands such as ESSO, SHELL and Petrotec. Her background in management and business ultimately lead her to pursue her Masters In Business Administration (MBA) with the University of Liverpool in which she is actively engaged.

Since January 2011 she is the founder and president of the Miss Multiverse Organization (™ Reg. No.911403 ) an international women competition franchise turned in to TV reality talent game show.

In 2012 Miss Multiverse signed with the broadcasting networks Comcast and Super Canal expanding to Latin America and the US becoming the first international pageant with an elimination style reality TV program. Operating from The Dominican Republic Super Canal provides Television programs to millions of viewers in Dominican Republic, El Salvador,  Curacao and the US via Time Warner Cable, Comcast and Verizon.

Liindas competitions are unlike traditional pageants, the settings are unique, and the challenges facing the contestants are unlike any other competition. Through challenges and triumphs contestants demonstrate their multiple capabilities. There are no judges, each challenge has a clear finish line and the winner is literally the last woman standing. This transparent scoring system eliminates all biased, unfair and prejudice from the competitions. Liindas adventurous, difficult and complex competitions are ranked among the most desirable and prestigious crowns to win in the pageant industry.

The fast expansion and popularity growth of the program combined with her fictional role in the TV reality show brought new challenges for Liinda as a women CEO that needed to be addressed. Realizing that the world of television, social media, Social issues and business really don’t mix well, Liinda formed a board of advice and management team to assume operational responsibilities of the company. Otherwise the company becomes part of the TV program.

Liinda Grandia enjoys art, singing and is trained at the royal conservatory of The Hague as a classical ballet dancer and has a heart felt passion for Latin Music and Dance. Linda feels that these organizations are the perfect way of working and combining her passions for, art, culture, fashion & beauty while sharing her experience with strong, and empowered women that are ready to lead in the 21st century.

Please choose the date and time for your Casting!